The Presence and the Press: Once Again Science Journalists Tell Us Ghosts Explained Away!

OK, I blog very rarely nowadays, but I thought I had best respond to all the press excitement caused by an article from Current Biology, which pretty much everyone (including the authors) seem to think explains away “ghosts”.  You should quickly read about it here or on the BBC News or pretty much anywhere on the web. So does it explain spooks away like the cock crow? Hard to tell without a copy of the full text of the article, but I’m going to doubt it for now. 😉 Entitled “Neurological and Robot-controlled Induction of an Apparition” by Blanke et al. the articles abstract is as follows –

Tales of ghosts, wraiths, and other apparitions have been reported in virtually all cultures. The strange sensation that somebody is nearby when no one is actually present and cannot be seen (feeling of a presence, FoP) is a fascinating feat of the human mind, and this apparition is often covered in the literature of divinity, occultism, and fiction. Although it is described by neurological and psychiatric patients  and healthy individuals in different situations, it is not yet understood how the phenomenon is triggered by the brain. Here, we performed lesion analysis in neurological FoP patients, supported by an analysis of associated neurological deficits…

You can read the full Abstract here.

Bold claims! However this is an interesting and useful study in to the neurology of proprioception, defined by the dictionary as

Proprioception (/ˌproʊpri.ɵˈsɛpʃən/ PRO-pree-o-SEP-shən), from Latin proprius, meaning “one’s own”, “individual” and perception, is the sense of the relative position of neighbouring parts of the body and strength of effort being employed in movement.

The parts of the brain involved are the PCML for conscious proprioception and the dorsal and ventral spinocerebellar tracts for unconscious proprioception. THis study may show us more about the sense of presence – I know little about it, though Dr James McHarg published on it in the Journal of the Society for Psychical Research (JSPR) back in the 1980s with relation to the sense of presence, and I seem to recall addressed the SPR on the subject.

Certainly parapsychologists have been interested in the subject, and James McHarg got me interested in Temporal and Parietal Lobe Epilepsy in terms of explaining anomalous experience – an idea whose time was probably the mid-90’s, and now seems peculiarly dated to me. However back in 2011 my friend the fantastic Emma McNeill covered this well in a Fortean Times article – TLE and Anomalous Experince

So the new article builds upon ideas that have been kicking around in parapsychological and Fortean circles for a while  (for about forty years in fact – from 1974) and the experimental validation of the idea is of course cool. Of course – there is a problem, and a serious one. You guessed that, right?

Emma’s article includes a few things I’d take issue with. Persinger’s God Helmet work that is invoked in the Nature coverage and Emma’s FT piece , unrelated to this experiment (Persinger was not an author or involved) has been severely critiqued by Per Grandvist – but that is not the issue here. I merely sound a note of extreme caution. No the issue here is in a line from Emma’s article

“Ghost sightings are easiest, with the sudden chill, sense of foreboding and looming presence.”

And here is my problem. In fact, while we all may nod in agreement,  studies of the apparitional experience by Sidgwick et al (1894), D.J. West (1948, 1990) and Smith (2013) have actually shown that these three elements – a drop in temperature, foreboding before the experience, and  a “presence” – occur extremely rarely, in fact in 0.5% to less than 2% of apparitional experiences studied.

They are of course staples of *ghost fiction* – both literary and TV/film – but in first hand percipient reports they are rare. Now Smith did find that 4.5% of her “disturbances” cases – those which involved purported physical movement of objects or other physical phenomena – included reference to a sense of presence; but bear in mind this “haunting” category reflects experiences over time – the “presence” seems to arise as an explanation for the phenomena? Even then, it is rare.

Now of course there are well known cases of “presences” – most notably those experienced by high altitude mountaineers, like that famous reported by Reinhold Messner on Nanga Parbat , (See for example Brugger et al (1999) “Hallucinatory experiences in extreme-altitude climbers” in Neuropsychiatry Neuropsychol. Behav. Neurol. 12: 67–71) This may well explain them. These are not however seeming related to the common or garden spook experience!

Post Ehrsson’s rubber hand experiments which were wildly reported as explaining Out of the Body Experiences a while back ( Ehrsson et al , (2005)  “Touching a rubber hand: feeling of body ownership is associated with activity in multisensory brain areas” in the Journal of Neuroscience 2005; 25: 10564–10573) there has been a lot of interest in proprioception and its role in anomalous experience –  but while parapsychologists have embraced it, as we saw in the Liverpool Hope conference a few years backs papers on OBE, in this case, has the paper really explained anything new about most apparitional experiences despite the title? 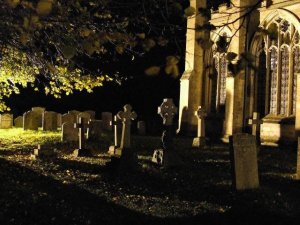 Nope. Apparition means “appearance”. The paper deals with a sense of presence, which as I have noted is not usually, or even commonly, indeed hardly “infrequently”, associated with apparitional experiences. Of course no one bothers to ask a parapsychologist, or humble ghost researcher (like myself, or the aforementioned Smith who happens to be my partner and who completed her PhD on the spook experience last year) about this stuff.

Whenever “Science explains X”, no one ever seems to think of asking the small academic group of experts on “x”, whatever “X” may be this week! 😉  You may recall my amusing description of all of the parts of the brain that have been invoked in different competing explanations of the Near Death Experience, or Sleep Paralysis, or — well let’s just say our Science journalists report the same mysteries solved year in year out, with little apparent progress in some topics. The real solutions will one day be uncovered by science i am sure – but for now, we gloss over just how hard that search may be. 🙂 Still despite my cynicism, I suspect some good science lies behind this paper – and yes it might explain some presence cases – juts they don’t have much to do with “ghosts”, and I’m not sure how many mountaineers have a robot tickling their backs – (maybe a robot yeti? ) – still good stuff.  Like the “shadow people” Blanke may well have helped explain in an earlier paper, they simply don’t show up very much in our case files.

A GSUK member participates in an a experiment in Tamworth Castle

I won’t comment on the schizophrenia claims – I have no idea if a “sense of presence” is common in that condition – Aleman and Larøi (1999) do not mention it in their excellent Hallucinations when discussing sensory modalities, but there is a body of medical literature that suggests the primary sensory modality of the disorder varies by culture. I will leave it to Claridge and others qualified  to assess the importance of this research in the medical area – I am afraid I must stick to discussing spooks, or I will never get to bed. I am hopeful something will come of the paper, but who knows? I can probably look up the papers I have read on the sensory modality of illness related hallucinations if anyone needs them, though I expect PubMed will turn plenty up. So to return to the experiment, how did they induce an apparition, that is a hallucination in the visual modality? No idea! I am hampered by the paper being in press. What I am fairly sure is it was not as reported here

But when the movements of the robotic arm were delayed by about 500 milliseconds the participants reported seeing up to four ghosts around them and felt that the robotic finger stroking them belonged to an unseen presence.  (The Independent)

Is this the case? Not that I can see! What actually happened was people who were blindfolded – so it would be hard to have a realistic visual hallucination imposed on the background as in genuine “spook” experiences – were simply unnerved by the feeling of presence. I see no evidence of an apparition (lit. appearance, from the Latin) So where did the journalist get four spooks from? I suspect this passage from Nature —

In a further experiment, another set of participants was put in front of four people who were chatting, and told that one or more of them may be in the same room when they carried out the test. During the test, the delayed touch led them to feel that there were several people in the room — even though they remained alone.

So why am I bothering to comment on all this? Well firstly I’d like to congratulate the team at Lausanne, and hope they continue to advance our knowledge of proprioception, and Science generally.  However once again lousy media coverage will make the task of those of us who actually engage with the apparitional experience and what it means that little bit harder, as once again we will be told “Science has explained away ghosts”, just as we were after the interesting work of Tandy and Lawrence some decade ago. So please, please, think critically when you read this stuff, and do always read more widely in the literature of the experience before leaping to wild conclusions… cj X

I am a profoundly dull, tedious and irritable individual. I have no friends apart from two equally ill mannered cats, and a lunatic kitten. I am a ghosthunter by profession, and professional cat herder. I write stuff and do TV things and play games. It's better than being real I find.
View all posts by Chris Jensen Romer →
This entry was posted in Paranormal, Reviews and Past Events, Science, Social commentary desecrated and tagged Current Biology, ghosts, Olaf Blanke, Paranormal, parapsychology, proprioception, S.P.R, science journalism, sense of presence. Bookmark the permalink.

1 Response to The Presence and the Press: Once Again Science Journalists Tell Us Ghosts Explained Away!