OK, so I’m still recovering from a long weekend of debauchery. Well ok, I drank half a pint on Sunday night! 🙂

A good crowd of folks descended on Cheltenham, and some took part in almost everything, and some took part in only one event, and some appeared for five minutes then vanished as swiftly as they arrived! I think most people have come here looking for the infamous Screws of the World game photos though, so I’ll concentrate on posting those…

For those who don’t know, the Screws of the World is just a slang term for a British newspaper, The News of the World, which is actually quite readable and is a weekend paper – the daily is called The Sun, best known for it’s famous Page 3 girls.  It’s a tabloid in the British sense, not the American, it reports real news! Anyway as the game was just named after it you don’t have to know any more – the game was invented by Ben Hayes and myself back in 2000 one long hot summer, and we played it then with interesting results, and some of the teams narrowly avoiding arrest…

So for my fortieth I decided to revive the game, and it can be explained simply – nine players were split in to three teams of three each, and given three hours to take photos to illustrate ten of the most outrageous tabloid headlines i could find (not all from the News of the World of course!) They had a total of forty real tabloid headlines to choose from.  The photos that follow are some of the “best” of the attempts – team Jez, Martin and Barbie won in the end, their photos being voted the best, but that hardly matters. Here follow the photos, each captioned with the tabloid headline they were trying to illustrate…

What car would Jesus Drive? 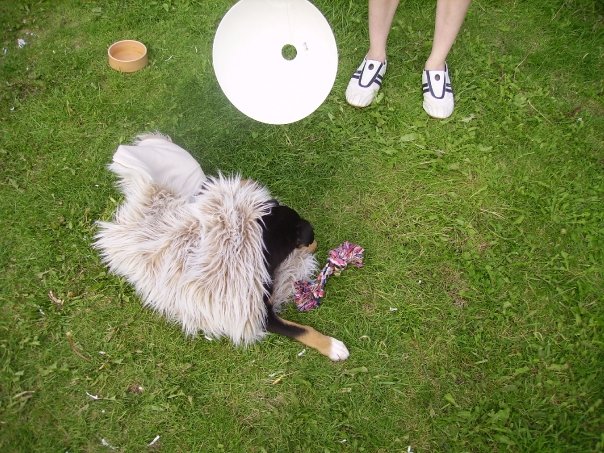 Werewolves Protest Plan to Blow up the Moon

Nun Fight at the OK Chapel 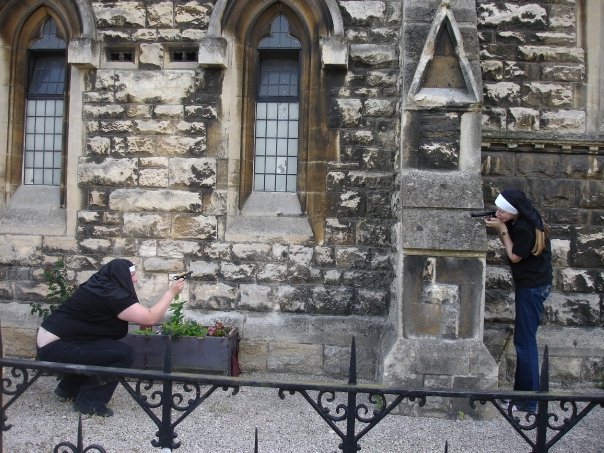 Nun Fight at the OK Chapel 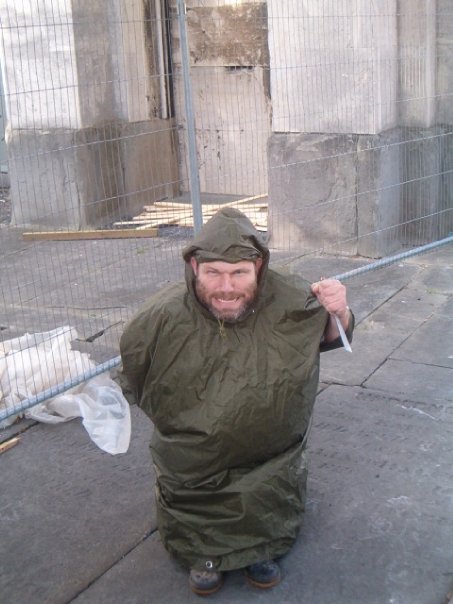 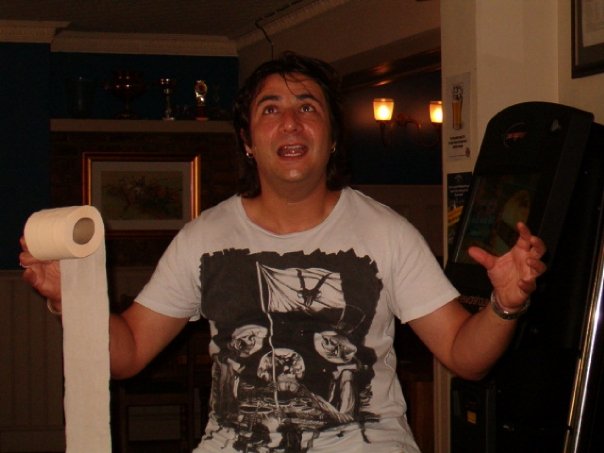 My toilet Roll Holder is Possessed

How to Housetrain Your Werewolf 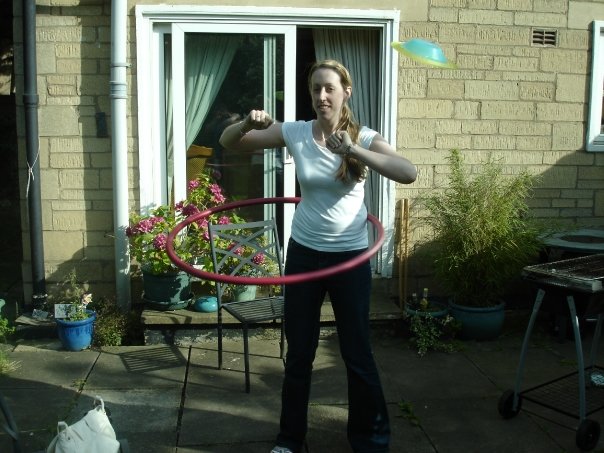 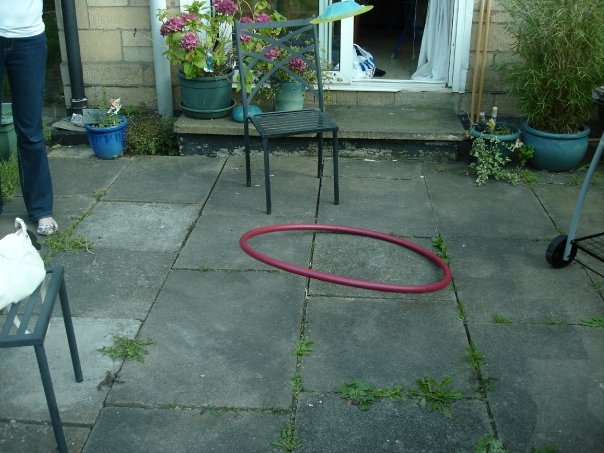 What Car Would Jesus Drive? 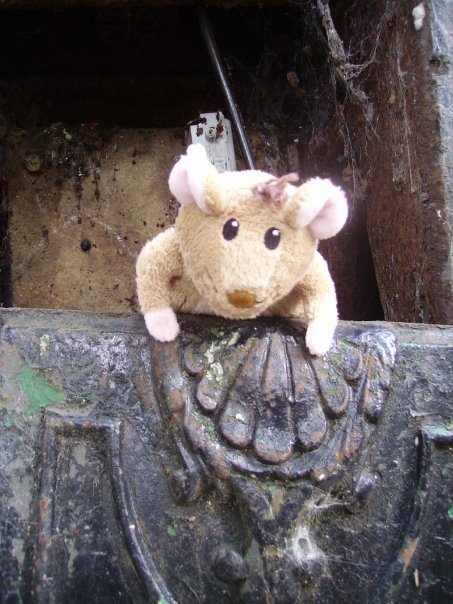 I am a profoundly dull, tedious and irritable individual. I have no friends apart from two equally ill mannered cats, and a lunatic kitten. I am a ghosthunter by profession, and professional cat herder. I write stuff and do TV things and play games. It's better than being real I find.
View all posts by Chris Jensen Romer →
This entry was posted in Dreadful attempts at humour, Games, Reviews and Past Events, Uninteresting to others whitterings about my life and tagged Barbie, Becky Smith, Ben Hayes, Christian Jensen Romer, CJ, CJ's 40th, David Sivier, Hugh Wake, Jez Reichman, LARP, Lorna Keen, Martin Peters, Paul Birkett, Silly party games, Silly photos, Tabloid Headlines. Bookmark the permalink.

2 Responses to My fortieth birthday complete with infamous game photos